The Death and Life of a Neighborhood Cooperative 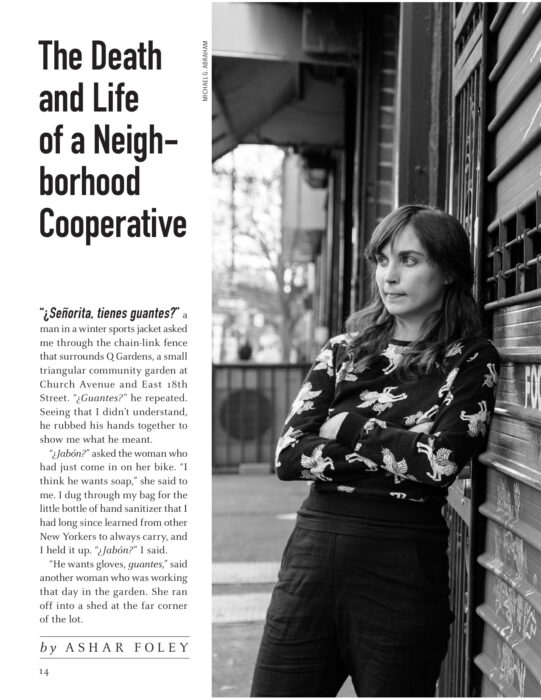 by Ashar Foley (originally published in Voices of Lefferts, Volume 3, Number 1 in Fall of 2020.)

Below is an excerpt. For the full story, click here.

“With the benefit of their vision of food justice as well as their hindsight, LCFC (Lefferts Community Food Co-op) might have moved forward in a way that was more community-centered than store-centered. But even though that opportunity was lost, more opportunities are on the horizon.

Today, cooperative efforts are alive and well, as the Central Brooklyn Food Coop — a black-led, worker-member-owned food cooperative serving Bed-Stuy and Northern Crown Heights — is poised to secure a storefront and is months away from opening. Just as some of CHFC’s members moved on to become members of the Park Slope co-op, some of LCFC’s members have put their energies into Central Brooklyn. Once you have experienced the alternative, it’s hard to go back to the same old, especially when there’s a chance of making the alternative become the new normal. As Cheryl said when we concluded our conversation, “What is it you want to make ‘normal’ in the community? You need to make new models. How can you take something new and make it become an everyday thing?” While Cheryl directed my attention to local food history, CEANYC pointed out huge gaps in my knowledge about the food movement on the national level. I had been well-versed in the California-based “slow food” movement and the figures associated with it — Eric Schlosser, Michael Pollan, Alice Waters, and the Berkeley-based Edible Schoolyard project — but I hadn’t heard much of the “hidden narrative” of food and economic history that CEANYC presented to us: seeds brought over from Africa by enslaved peoples; the Mondragon cooperative movement started in the Basque region; and the historical role of mutual aid societies, cooperatives, and credit unions in the lives of black Americans were all news to me.