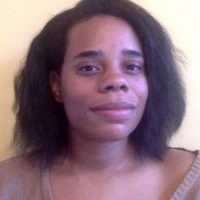 How did you get into this work?

A couple of ways. The most straightforward is that I was involved in campus endowment organizing through the Responsible Endowments Coalition when I was an undergrad. I had pretty centrist, middle of the road liberal politics for most of my college years, and I was looking for general ‘feel good’ things to channel those interests into (I was also the co-chair of our Young Democrats club..).

It wasn’t until REC that I met other people with intersecting interests that were to the left of mine. This is also when I began to understand the relationship between a model or strategy and your broader politics. By the time I graduated I was very much to the left of where I started, and wanted to just learn learn learn. Occupy had just happened, so I was riding that reverberating energy. That’s when I got back in touch with Cheyenna who was my organizer/campus wrangler at REC, who then convinced me to come be a part of SolidarityNYC, which is where I’ve been since 2012.

What does ‘solidarity economy’ mean to you?

For me, a solidarity economy is anti-capitalist. It just is. I’m not in the business of making capitalism survive longer than it has to. Girl, why?

To me, the solidarity economy is a historical reference. When I say it, although I may be repeating things found in anarchism, abolitionist spaces, socialism, etc (though it depends on what I’m saying…), I’m putting myself in a movement context. In particular, Latin American movements against neoliberal urban strategies. I am talking about a movement lineage that made its way to North America after those struggles, and I’m aligning myself with others who see our work up here as part of that general arc. Do certain solidarity economy models find themselves in reformist strategies? Sure. But the full politics of the solidarity economy, to me, is distinctly different from something like the ‘New Economy’ or ‘Social Economy’. A full fledged solidarity economy does not exist to validate or continue the capitalist project.

I have a lot of fears that may or may not have manifested as issues (yet). One fear is of a  cannibalizing political center that can stall the radical potential of our movement. That is something that comes from within our own circles, not from any Far Right boogeyman. I worry that organizers like ourselves will focus too much on all the things we can gain if we just ride the middle; that we will take what we can get from where we can get it while hoping that no one finds out who we are or what we really want to accomplish. In doing so, I worry that we will take a reformist approach to justice, which isn’t justice at all. I worry that reformist approaches will only justify the larger logic of inequality, making it harder and harder for us to imagine radical solutions.

I worry that we will lose interest and energy for organizing towards our goals, not because we will experience antagonism from the Right, but because we will become complacent in our success. I don’t want to work in a movement that says, “well at least they’re in coops”  if we’re talking about incarcerated people working. A friendly cage is still a cage. It’s not just solidarity economy models for the sake of having them, but a larger sense of justice. The models are only as good as the values that they live within, and I worry that we don’t spend enough time thinking about what we’re supposed to do after we get everything that we want.

Well it’s important because such cooperation fortifies viable options for people to meet their needs. We can’t have piecemeal solutions that don’t have any functional benefits. For example, a credit union is great, but if my credit union can’t offer me services that I would regularly need as a working class person—i.e. reliable access to ATMs, lower servicing fees, etc. then it’s still not doing its job. Being democratically owned and controlled isn’t enough if, at the end of the day, an inequity in services still exists.

Cooperatives need to help other cooperatives because that way they aren’t reliant on external funders, regressive politics, etc. to survive.

Oy. Well I think it’s clear as this interview has continued that I don’t have a lot of patience for reformism, and I worry that I’m not as clear as I could be with that. I’m not claiming that every coop, every CSA, or every credit union has to be the revolutionary vanguard—I’m not really doing the ‘purist’ argument (though the way that people throw out ‘purist’ is often short sighted and annoying anyway..). What I’m saying is: it’s fine to take these gains that we get, so long as we are all clear on what our long term strategy actually is, and so long as the things we take don’t continue to prop up a logic that will be used to hurt us again and again.

You want to take money from someone/an org/ a state to fund your work? Totally cool, and lord KNOWS I have taken some complicated money. Pay those bills girl! However, if part of that deal requires you to perform your cooperation in ways that will ultimately disempower you and your comrades, or buttresses the status quo, then it isn’t a simple case of ‘take the money and run’.

This shit is hard to figure out! Everyone has their own personal line that they do not cross, and every organization has their own line as well. The boundaries between reform and revolution can often be hard to see. This is where I wish solidarity economy people would engage more with prison abolitionist organizing, because so much of that organizing required not just material gains, but creating a new ‘common sense’. I can’t stress that enough. Creating a new common sense, is both the most inspiring and hard thing I’ve ever experienced. Despite the challenges, it is politically imperative that we do so.

Well I’m in grad school, so it’s tbd on the ‘work you’re doing in the future’ part…

I wrote an article for Geoforum on cooperative and solidarity economy organizing called, “New York City: Struggles Over the Narrative of the Solidarity Economy”—go ahead and google scholar that shit! Or perhaps it made its way to another accessible site by now.

The only place I’m online is on twitter @blactivist, that’s typically where I post updates on what I’m working on (and what TV I’m watching, what crushes I have, etc).