What Is It About Credit Unions? 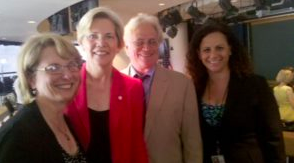 What Is It About Credit Unions?
Cliff Rosenthal

The former Director and CEO of the National Federation of Community Development Credit Unions discusses the Credit Union Membership Access Act, and its implications for the community development credit union movement.

Credit unions are the biggest segment of the cooperative movement—110 million members, more than a trillion dollars in combined assets. Yet most surveys show that only a minority of credit union members actually know their financial institution is a cooperative, and what that means—such as one member, one vote; unpaid board of directors; nonprofit—but not charities; no federal taxes.

Of the 5,600 credit unions in the United States today, a small portion have an explicit mission of empowering low-income and minority people. In New York City, we have some of the best examples—the Lower East Side People’s Federal Credit Union,  Neighborhood Trust FCU in Washington Heights, Brooklyn Cooperative FCU headquartered in Bushwick, and about a dozen more, including some longstanding credit unions in African American churches. They’re known as community development credit unions (CDCUs).

Survival is always a challenge for CDCUs. They provide small loans, take in lots of small deposits, pay bills and more—none of which the big banks care to do. What makes it harder is that these small cooperative institutions are regulated by rules governing the global financial system—rules that have been crafted primarily with a view to the largest banks. In particular, the rules that require a financial institution maintain a certain amount of net worth, or capital, apply to the largest banks and credit unions, most of which are small—even tiny.  It’s not easy for any small credit union, and especially a CDCU, to maintain the regulatory standards to be classified as “well capitalized.”

That brings me to an important anniversary.

I was recently asked by a credit union publication to reflect on some landmark legislation of 20 years ago, HR 1151, known as the Credit Union Membership Access Act (CUMAA). Originally, credit unions were formed to serve small, cohesive groups—for example, workers in the same factory or occupation, or members of a church, defined as their “field of membership” (FOM) defined by a “common bond.” Over many decades, credit unions grew enormously, serving expanded FOMs that could reach hundreds of thousands of people.

This greatly agitated bankers, who resented the competition. They sued and got a favorable Supreme Court ruling in February 1998 that voided liberal regulatory policies. The credit union industry responded with a massive, successful mobilization—the “Campaign for Consumer Choice”—which led to President Clinton’s signing of HR 1151 on August 7, 1998. Credit unions retained the ability to grow widely.

Many credit unions rejoiced. But the legislation had a definite downside, for this was the first time that  credit unions were subjected to the global mandatory capital standards. The standards are enforced by “Prompt Corrective Action” (PCA),  the power of regulators to put struggling institutions on an increasingly steep slide toward liquidation. CDCUs suffer disproportionately, since it is hard to build capital while serving people who are barely scraping by. Many CDCUs have since been merged or shut down. In my view, the introduction of PCA was a heavy price to pay for expansive fields of membership. As the president of the National Federation of CDCUs, I led the advocacy struggle against PCA. We mitigated the damage at the margins, but the regime of mandatory capital standards is largely intact.

What are the implications for the cooperative movement? The core issue is this. Bankers continually try to restrict credit union powers, including field of membership, because of fear of competition and resentment that credit unions don’t pay federal taxes. I would argue that restrictions on “field of membership” and “common bond” are archaic and dysfunctional vestiges of the earlier stage of credit union evolution. Today, the notion of common bond is a legal fiction without compelling substance behind it. My position, simply put, is that a credit union should be able to take in anyone who finds its social mission, its services, and its treatment of its members attractive–full stop! Moreover: global financial standards must be proportionate to the size and risk of financial institutions. Credit unions and other financial cooperatives are a precious resource, and the architects of universal financial policy should recognize and protect them.

If you’d like to learn more about the history of credit unions, my book Democratizing Finance: Origins of the Community Development Financial Institutions Movement will be out this fall.