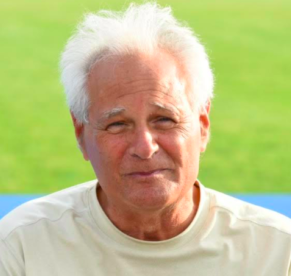 How did you get into this work?

I was born and raised here at Amalgamated.  I lived elsewhere for a few years, and when I got my own apartment here as a shareholder, I noticed changes in the neighborhood.  I ran for the board, and was first elected in December 1977.  The night I was elected, Hy Bass who was president at the time said to me, “It’s like a vacuum, it’s going to suck you in.”  Wow, was he right.  There were three years that I wasn’t on the Amalgamated board, but I have been active in this co-op and other co-op organizations more than forty years now.

What does ‘solidarity economy’ mean to you?

I’m not that familiar with the term but it strikes me as being aligned with the philosophy of “the greatest good for the greatest number of people.”  It’s a natural fit for cooperatives, promoting benefits for all, not just a few.

It is expensive to maintain property as extensive as ours.  We are home to more than 1400 families in 11 buildings of various ages and building designs.  Our oldest building is a ninety year old four-story walk-up.  Our newest are two 20-story centrally air-cooled buildings, about fifty years old.  We have the challenge of needing to spend money on our buildings while retaining affordability for our cooperators.  (By any standard I’ve heard, despite the noise when there is a carrying charge increase, we are firmly in the “affordable” category.)

We have other challenges.  In 1927 and through at least the fifties, we were a homogeneous community.  People shared a common background and common ideals.  They were politically active and involved.  Today we are a far more diverse community, which is a good thing, and our cooperators are good people, but the level of community involvement is not what it once was.  That’s true of society overall, not just our community.

Also, we are supervised by the New York State Division of Housing and Community Renewal.  Don’t get me started on the challenges of being state supervised.

It’s called the Sixth Principal, Cooperation Among Cooperatives.  Those of us who believe in cooperatives understand that it is a fairer economic system than other forms of ownership and benefits its members without imposing a cost on others.  Thus, it is natural that co-ops should support other co-ops.  I was raised in a union family, and the idea of a cooperative is similar to the ideals of unions – people working together for mutual benefit.

In our co-op, they formed a credit union in 1936, our Nursery is a parent cooperative, for many years we had co-op supermarkets. Abraham Kazan, our Founder, first President and Manager, went on to form United Housing Foundation and built tens of thousands of affordable homes for working people of New York.  Co-ops help build a better society, and that’s something we should all strive for.

I’m not sure I have a theory of change, but I’ve certainly experienced a lot of it in my life.

Our website!  We have also just started to develop a website for the Herman Liebman Memorial Fund.  We hope to build that into a resource for co-op education for our co-op and beyond, including fascinating articles from our archives, newsletters going back ninety years, material from United Housing Foundation and more.

Support cooperatives, and let your elected officials know you support cooperatives.  Other than that, if you are interested in living in a great community in the northwest Bronx, and you meet the income eligibility requirements, our waiting list is open.  It’s a wait of several years and depends on the size apartment you are eligible for, but then you could join us and support our work as a cooperator.