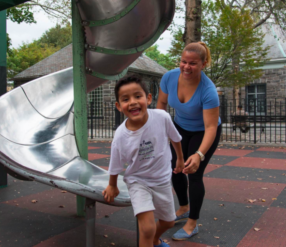 Last month researchers, developers, academics, and cooperators got together to discuss the following question: how can we use success stories to build out childcare cooperatives as a solution to the problems in NYC? The convening centered around a report done by the Federation of Protestant Welfare Communities, the Democracy at Work Institute, and the ICA Group.

According to this research, 52% of low income families in NYC are in need of subsidized childcare, and only 1 out of every 4 of these families are actually accessing these programs (the most common of which are Early Learn, Universal Pre K, Head Start, and Family Child Care).

The solution? Cooperation in childcare!

*If you are looking for childcare cooperatives in NYC, check out Nanny Bee, Beyond Care, Hopewell, and more!