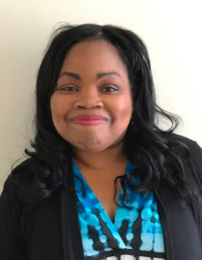 How did you first get into this work?

I kind of fell into it by accident. I had worked at a university for ten years and I had done basically curriculum design. When I was at the very beginning stages of a PhD program and knew I wanted some more experience, the opportunity came up to deveop the Community Development Credit Union Training Institute which was to help CDCUs. It was supposed to be two years, it’s turned into eighteen. But it’s been a good eighteen years. This was the opportunity to work specifically with adults who were all experts but needed to fine-tune their skills, so I love that idea.

What does ‘Solidarity Economy’ mean to you?

It’s kind of a tricky question because I look at everything through the lens of community development. I would love to see, in an ideal world, all the cooperatives come together and work together promoting engagement, sustainability, independence, asset development in a way that doesn’t depend upon others having less. If I had that perfect nirvana, it would look like that.

Underfunding. Credit unions are cooperative. I think that sometimes the very large credit unions feel less connected to those cooperative principles. Some of our oldest credit unions in the U.S. are also some of our smallest credit unions. Many of them serve predominantly minority, predominantly African American members, and they’re going away. They’re being merged, they’re being liquidated their boards are becoming older there are fewer younger people getting involved in those particular credit unions. So on one hand, we are trying to get the mainstream larger credit union movement to see their role, and stay true to their principles—and many of them are—and then on the other hand I have some of the smaller credit unions that just don’t have the resources and they’re going away and they’ve filled a need for many, 60 or 70 years, and if we lose them we lose such an incredible legacy.

What gaps in your work do you think could be filled cooperatively or through value chains?

We had a speed dating for co-ops about three years ago, and we had all kinds of challenges with it for a variety of reasons, but I think one of the reasons why there isn’t more cooperation is because they just don’t know about each other. They don’t understand the work. Lending to other cooperatives for credit unions, even though we are cooperatives, is a challenge. We would love to have that greater understanding on maybe a higher level on getting everybody to see how we fit and how we can work together. I know that Lower East Side People’s Federal Credit Union has done a tremendous amount of work with other co-ops and that’s a model I would love to see replicated throughout the country. I can name the groups that are working together because not everybody is doing it.

Do you see a role for youth involvement in your work?

The credit union movement is considered an older person’s movement. The average age of a credit union member is forty-seven. It is so important for younger people, starting from babies through millennials, to realize the value of owning—your credit union or your home—and you’re not going to have that within your traditional bank. But it will happen within the credit union movement where you have the right to make the decisions and be part of that process.  You’re not fighting against something, you are part of something that is moving forward. I would love to see more younger people become engaged with credit unions. There are so many different areas, whether it is communications and marketing, operations, the financial side, whether it is the frontline. There are so many opportunities for younger people.

A couple different ways: join a credit union, support older credit unions that may be smaller, volunteer, and if you do join make sure you are spreading the word and telling people about the value of credit unions.