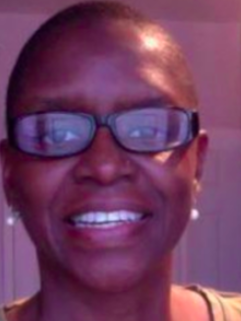 How did you first get into this work?

The Shareholders Forum (SF) consists of owners of Housing Development Finance Corporation (HDFC) housing units. HDFC is a program created in the 1970’s that provided a means for people living in decaying neighborhoods to purchase their apartments and thereby become more invested in their communities.  The program stipulated that the homes provide housing to people of low-to-moderate income (LTMI) in exchange for tax benefits and other means of support.  Today, many of the neighborhoods where HDFCs exists are being gentrified. An increasing number of HDFC owners are being swept into the whirlwind of change and facing the decision of whether sell their government sponsored apartment to wealthy people who are flocking to these neighborhoods. Many shareholders view selling these apartments to wealthy people as a betrayal of the mission of the program and as destructive to fabric of the community. We are working to expose the potential harm of the practice and to stop it from happening by appealing to both community members and to the government to do something about it.

One of the biggest threats is eventual widespread displacement of people who have lived in the community for decades or generations. Once a critical mass of wealthy people move into buildings occupied by LTMI people, they begin implementing policies such as maintenance increases that pose a threat to LTMI residents. Under pressure, LTMI residents sell their units to other wealthy people and the cycle continues until the entire building is gentrified. We’ve come to expect gentrification of private properties. However, gentrification of government sponsored buildings seems to be a new affront on the lives of LTMI people.

What does ‘Solidarity Economy’ mean to you?

The cornerstone of solidarity economy is cooperation whereby members of the community see the benefits of subordinating their immediate individuals desires to the long-term wealth and health of the society. It is centered on a culture that values commonalities and human connection over competition. As the sociologist, Juliet Schor talks about in her documentary The Overworked American, we are driven to a constant hunt for objects that differentiate us from others rather then looking for ways to connect to one another. In a solidarity economy we place our connection to other humans at the apex of our decision making.

What is happening in the segment of housing where I have been working is wealthy people competing with people of much lesser means for what is essentially government housing. Because of a loop-hole in the laws that govern HDFCs, owners of these tax-payer subsidized units are able to sell their units to wealthy people at prices that are out-of-reach for most people of modest means. As result, the number of housing units that could be occupied by people who actually need affordable housing is diminishing while the number of affordable housing units being sold to wealthy people is increasing.

What gaps in your work do you think could be filled cooperatively or through value chains?

Inherent in cooperatives is the process of community building because cooperatives provide the space for human interaction. Strong communities are far better suited to resist the type of foul practices that are unfolding in the HDFC space. The stronger the connection between neighbors, through worker coops, food coops and the like, the less likely it is that someone will feel isolated and therefore motivated to abandon the mission of cooperative housing.

It can be key to strengthening a community and thereby protecting it from predatory contractors, real estate brokers, and a host of the other unsavory so-called business people.

Change takes place when everyone gives a little such that no one person bears a disproportionate burden. It is sustained when leaders take the time to sell their ideas rather than force them down other’s throats. Change requires patience and persistence. It requires believing in others; especially those who have been relegated to the fringes of society.

Make a contribution to UHAB at www.UHAB.org and support the Cooperative Economics Alliance of NYC (CEANYC).